The renowned Indian billionaire businessman, Anand Mahindra, recently tweeted a list of the top countries where the top 500 universities are located. While the top 10 included countries like the USA, the UK and Germany, Mahindra commented that India, even though on the list, needed to move up. 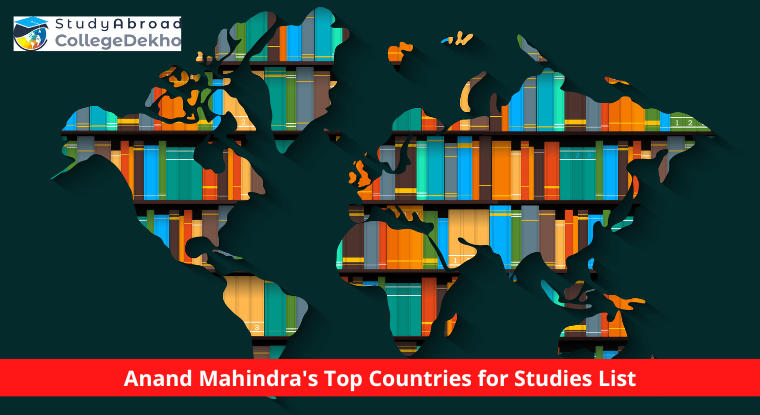 According to the tweet, the top 10 countries with the best universities in the world were as follows:

Also Read: Int’l Students in Canada Can Now Work Off-Campus for Over 20 Hours Per Week

Meanwhile, India ranked 16th in the list with 8 of its universities being recognised as one of the top 500 universities in the world.

In his tweet, Anand Mahindra commented that “a country’s innovative capacity and growth in productivity is linked to the number and quality of its centres of higher learning.” Concluding his comment, he added that “we” need to move up on this list.

The tweet garnered the attention of thousands, receiving over 2,000 likes and innumerable reactions on ‘Corporate India’. Meanwhile, several users went on to criticise the Indian education system.

Meanwhile, another user highlighted the reservation quotas at premier educational institutions such as IIMs and IITs. The user stated that a large of Indian students travel abroad for higher studies as a result of not being offered a seat at good institutions regardless of how good they perform in the entrance tests.

Another criticised the MOUs between higher education institutions and Corporate India. The user tagged the move as valueless, stating while Corporate India gets their name plastered on some infrastructure, the other receives “street cred” for having partnered with a recognised and reputable organisation.

Wish to Study at Top Universities in the World?