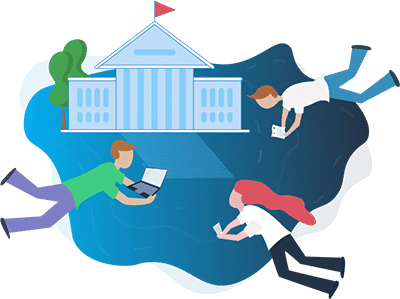 Book Your Seat Now to Get Enrolled in World's Top Medical Universities!

We are a platform for thousands of MBBS applicants who are struggling to get admission in medical colleges of India.

Build Your Career in Medicine With Us!

Get a Seat in Top Ranked Medical Universities

With limited medical seats in India, pursuing medicine abroad gives you a chance to earn your MBBS degree from a world-class medical University!

Many universities have dropped language test requirements, which means an aspirant doesn't need to have an IELTS/TOEFL score.

No Demand for Donation

Paying the university's tuition fee is all that you need to do. There is no demand for any donation or any extra fee from foreign universities.

All the foreign universities we offer to students are recognised worldwide as they have approval from top organisations like NMC & WHO.

No Compulsion to Learn Foreign Language

Learning foreign languages is not mandatory as all the medical universities in our list offer teaching courses in English medium. 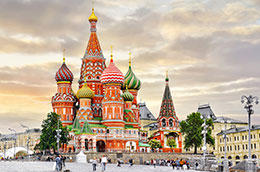 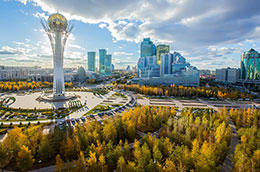 We make students' life easier by suggesting them appropriate colleges based on their profile, goals and financial background. Our customised solutions for every student make our services unique in the higher education industry. We also provide assistance in putting together all essential documents and other formalities to ensure a smooth admission journey for students.

I was extremely confused about which university to choose and the admission process but Collegedekho helped me in every aspect of the admissions journey.

Admissions abroad can be a very tedious & a hard to navigate task .Collegedekho made that process very simple and played a massive role in securing a seat.

The team @Collegedekho is well researched and has an excellent data bank. They provide the best services to help secure an admission.

Team Collegedekho helped me choose the perfect university abroad . The services and support provided in these difficult COVID times were a boon that helped save me a year .

In Kashmir we don’t have many services available to guide us with studying abroad. Collegedekho has a vast knowledge bank and helped me with both pre and post admission guidance.

I belong to a village in Assam and I never thought that studying abroad could be so easy . Thanks to Collegedekho for making it a transparent & seamless process with services that no other company provides.

Thank you Team Collegedekho for fulfilling my dream of studying in a reputed university abroad. You made the admission process, visa and ticketing so simple and transparent keeping my parents in loop at all times.

FAQs on Studying MBBS Abroad in 2022

If I fail in 10+2 exam or can’t secure minimum percentage required by the University, will my money refunded?

Applications or booking money can’t be refunded if you fail in 10+2 exam. If your percentage is low, and your choice of university denies admission, we can try to get your admission done in any other NMC approved college. But if you fail in 10+2, then we may not be able to help.

Will i get mess or canteen ?

Country wise its different see the details below: RUSSIA, UKRAINE :Local canteen as well as Indian canteen available in some Universities. Food cost is mentioned separately in the package of those Universities where Indian canteen is present. It varies from 1200 $ to 1400$ per year KAZAKH : No canteen, Students must cook food. Average cost is Rs 15,000 per month PHILIPPINES: Either students will cook or take food few canteens located near to the university premises. Average cost of food is Rs 8,000 per month

Will I get Hostel or i have rent an apartment?

Country wise its different See the details Below : RUSSIA,UKRAINE : In most of the Universities in Russia Hostel is provided by the University but mostly hostels are not located within the campus. Staying in hostel is compulsory in the 1st year. Hostel cost is included in the package. Electricity and water charges included. KAZAKH : Hostels are there but outside campus and mostly these are privately managed rented buildings. Hostel cost is included in the package. PHILIPPINES: Students must rent apartment right from 1st year. Some Indian companies are maintaining rented apartment as hostels, but those are not worthy to stay. Apartment rent is 1500 $ per year per student, Electricity, water charges extra. Please note that hostel charges does not include food any country.

What happens if I fail to clear the screening test or NEXT?

If you do not pass the test in one go, you can sit for the exam again. There is no limit to the number of times you may take the NEXT (which was earlier known as FMGE/MCI Screening Test)

What is MCI Screening Test?

MCI Screening Test, also known as Foreign Medical Graduates Examination (FMGE), is a licensure examination in India. An Indian citizen who has a medical degree from a college outside India, has to qualify this test to get a license to practice medicine in the country. However, NMC, which has replaced MCI, has released draft regulations that has caused amendments to the Screening test. Starting in 2022, foreign medical graduates have have to qualify the new National Exit Test (NExT) instead of FMGE.

Suppose I apply for admission in a University and suddenly after that it is out of NMC approved list, then what will happen?

We are doing admissions for only those Universities, which are well established for many years. Those Universities will not go out of the approved list. Still, if something like that happens, we will accommodate you in another NMC approved University.

Yes, MBBS offered by all our partner universities are approved by National Medical Commission or NMC.

I will book my seat now by paying the booking amount. But if I get a seat in India, will the application money be refunded?

Yes, we can refund your application money after you send us your Admission Letter and Fees Payment receipt of your medical college in India. This can be done if you book your seat through us in Russia, Ukraine, Kyrgyzstan and Bangladesh.

I have appeared for NEET exam in India. Can I wait for the final results to come out and then apply?

Yes, you can wait for your NEET result and then apply through us.

I got only 50% in PCB and in English in Class 12. Can I get confirmed admission in a foreign medical university?

Yes, there is a possibility of confirmed admission as some of the universities do not check Class 12 board marks. However, these Universities admit only NEET qualified students. Collegdekho has 5-6 Universities of that category but you must apply immediately before all seats are filled up.

I am already 10+2 passed out and I scored 70% in PCB and in English. Can I get confirmed admission in my choice of university?

Yes, we can help confirm your admission in your choice of University. However, you must apply right away before all the seats get filled up.

I do not have a passport. Can I apply?

Yes, you can fill out and submit your university application without a passport. But you must apply for the same as soon as possible as it would be required along with other necessary documents for student visa purposes.

I will be appearing for my final 10+2 exam this year. Can I apply for MBBS abroad before getting the mark sheet?

While applying to foreign medical university, marksheets for both Class 10 and Class 12 would be required.

Which is the best time to apply for MBBS abroad?

The best time to apply for MBBS abroad is September to November. You can get in touch us with if you're planning to apply right away.

If I do not qualify NEET but still want to take admission in a foreign university, will it be possible?

No, it is mandatory to qualify NEET to become eligible for admission in a foreign medical college.

Yes, qualifying NEET exam is a mandatory requirement to be eligible to apply for MBBS abroad. A notice issued by MCI (now replaced by NMC) in 2019 stated, "the result of NEET shall be valid for a period of three (3) years from the date of declaration of result, entitling a candidate to pursue MBBS or equivalent medical course including pre-medical/language course, if any, followed by MBBS or equivalent medical course" from a foreign university.

Is there an option of Direct MBBS Admission Abroad or do I have to appear for an entrance test?

For foreign candidates, all MBBS admissions abroad are done on the basis NEET entrance exam. Qualifying NEET as well as the University's minimum Class 12 percentage requirement in PCB and English are basis for admission. However, students who apply first have a better chance of admission. Interview over phone or Skype to judge the English language skills of students is among other requirements.