The pleas of many IELTS takers have been heard as Indians will soon be able to retake one section of the IELTS exam if they were unsatisfied with the results. After a pilot programme was launched in Australia, the provision is now being brought to India in early 2023. 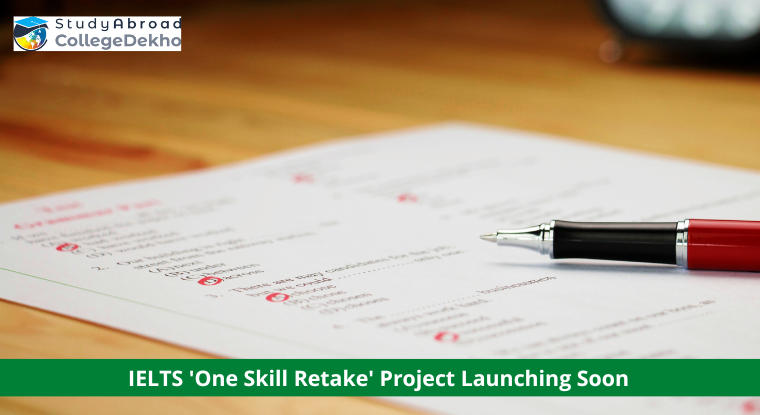 Listening to the suggestions and concerns raised by those taking the IELTS examinations each year, it has been announced that Indian test-takers will now be able to retake one section or component of the test if they were not satisfied with their scores on the first attempt.

As per the publication, as of March 2023, students will be able to choose the ‘One Skill Retake’ option, allowing them to redo only one section instead of redoing the entire test.

The current model of testing requires students to retake the entire test, i.e. all four modules which include the listening, writing, reading and speaking sections if they wish to improve their scores. Media reports revealed that a pilot project of the ‘One Skill Retake’ had been launched in Australia this November.

The Managing Director of IELTS IDP Education, Warwick Freeland, gave his statements on the announcement. In his statements, he acknowledged the suggestions raised by test-takers, wherein they urged the organisation for a provision that allows them to retake only one section of the test, “if they didn’t get the score they were aspiring for on test day”.

While Freeland affirmed that the test-takers are able to achieve the best score the first time around, provided they received the “right preparation and support”, he added that the ‘One Skill Retake’ will allow the test-takers to be on track for their study, migration or work application.

Presently, the cost of choosing the ‘One Skill Retake’ or even the guidelines pertaining to the number of times the option can be taken are yet to be announced.

The International English Language Testing System or IELTS is a popular standardised test to assess the English language proficiency of a candidate. The test is often taken by candidates primarily looking to either study, migrate or work in a country where English is the dominant or native language of communication.

Primarily, Indians often take the test if they are planning to travel to countries like the UK, the USA, Canada, Australia, New Zealand or even Germany among other countries. The test is globally accepted by over 11,000 organisations, universities and government authorities.